GoLocal’s People on the Move is an update on new hires and promotions in southern New England. If your organization has an announcement, email it to us at [email protected].

The Rhode Island Free Clinic Board of Directors announced the selection of Forrest A. Daniels, MPA, DSc, FACHE as the new Executive Director. “We are delighted to have Dr. Daniels join us to lead our high performing clinical team,” said William Fitzgerald, Chairman of the Board. Dr. Daniels succeeds Dr. Marie Ghazal who is retiring on March 31 after twelve years of service and growth for the Clinic.

A former resident of Amherst, MA, and a graduate of Howard University and Indiana University, Daniels earned his Doctor of Science in Healthcare Leadership from the University of Alabama-Birmingham. He is board certified in healthcare management, a Fellow of the American College of Healthcare Executives, and a recipient of the ACHE President’s Service Award for contributing to excellence in healthcare management through his voluntary service to the profession and to college.

Daniels returns to New England from Mid-Atlantic where he has served in the Maryland Department of Health since 2019, most recently as CEO of Eastern Shore Hospital Center. Dr. Daniels’ career has focused on serving the nation’s most vulnerable people in leadership positions in hospitals, federally approved health centers and community organizations including the District Health Department. of Columbia and the DC Department of Corrections.

“I look forward to moving to Rhode Island to work with the free clinic volunteers, community partners and supporters to further the clinic’s mission of providing lifesaving health care to adults in need everywhere. Rhode Island,” Daniels said.

Governor McKee Appoints Patricia M. DiCenso as Chair of the Council on Elementary and Secondary Education

Governor Dan McKee announced the appointment of Patricia M. DiCenso as Chair of the Council on Elementary and Secondary Education.

“Patricia has successfully demonstrated leadership in various education roles throughout her career. His vast experience speaks for itself, as does his unwavering commitment to Rhode Island students. Patricia’s nearly four decades of work in Rhode Island schools amply qualifies her to lead this council, and I look forward to our continued partnership as our administration strives to advance public education in the Rhode Island.

DiCenso, who replaces Daniel McConaghy as president, began her distinguished career in education almost 40 years ago as a teacher. She then worked as a guidance counselor in the Johnston Public School Department before serving as vice principal in North Kingstown and later principal at Rogers Secondary School in Newport.

She retired as Superintendent of Pawtucket Schools in 2019. Among her accolades, she was named Principal of the Year for 2010.

“I am humbled and honored to be appointed to chair the Council on Elementary and Secondary Education so that I can continue to serve the children and families of Rhode Island. Thank you, Governor McKee, for this opportunity,” DiCenso said. . 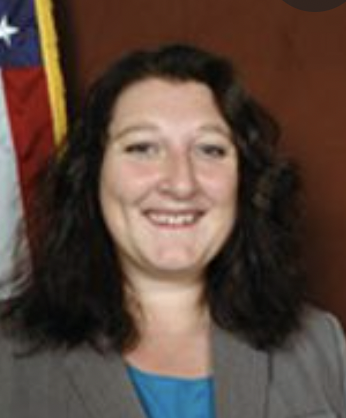 Maria E. Cimini was appointed director of the Office of Healthy Aging (OHA) by McKee.

“Maria overwhelmingly embodies the qualities needed to lead the Office of Healthy Aging,” Governor McKee said. “She has the compassion to advocate for Rhode Island’s older adults and adults with disabilities, the skill to connect this population to the resources they need, and the experience to serve with a focus on equity. Maria is a strong and passionate leader who can help accelerate the Bureau’s goals, and I am confident that under her leadership, we can better position the state to meet the needs of this community. I also thank Michelle Szylin for her unwavering commitment to the agency as Acting Director.

Cimini, a former state representative, has a long career in social work and public policy, most recently as an associate director with the Rhode Island Department of Human Services (DHS). She joined DHS in 2017 to help provide policy guidance and expand access to benefits for low-income Rhode Islanders. Prior to this position, Cimini managed a statewide project as part of the Rhode Island Coalition for the Homeless, facilitating a pathway to permanent housing for homeless people. She worked at the URI Feinstein Center for a Hunger Free America for 11 years and served as the state representative for District 7 in Providence from 2011 to 2014.

“I am thrilled to join the Office of Healthy Aging and honored by Governor McKee’s trust in me to ensure that when older Rhode Islanders make their personal decisions, they are supported and have access to resources. they need,” Cimini said. “I have seen in my own family that all older people have unique aging experiences. These experiences are influenced by their life, family and cultural community. The Office of Healthy Aging is an incredible resource for seniors, adults with disabilities and their caregivers. I am delighted to work with the OHA team to fulfill its mission of access, connection and protection.

McKee submitted Maria’s name to the Senate for advice and consent. Maria replaces Michelle Szylin who served as interim director during the search for a permanent director.

New Jersey, United States – This Dental Clinic Market The report provides a comprehensive overview of significant aspects that will drive market growth such as market drivers, restraints, prospects, opportunities, restraints, current trends, and technical and industrial advancements. The detailed study of the industry, development and improvement of the industrial sector, and the new product […]

A picture shows a French general practitioner with a stethoscope in a doctor’s office in Bordeaux January 7, 2015. French doctors are protesting against a new health reform bill which would introduce a third-party payment system. Picture taken January 7, 2015. REUTERS/Regis Duvignau (FRANCE – Tags: HEALTH POLITICS) Join now for FREE unlimited access to […]