Bon Secours Richmond, Executive Director of Community Health, Becky Clay Christensen, speaks at an event on Wednesday to mark the start of a plan to set up a new clinic for uninsured patients near Manchester. (Photo courtesy of Bon Secours)

Bon Secours is further expanding its presence in the Manchester area with a $3 million clinic for uninsured patients.

Dubbed Bon Secours Community Health Clinic Manchester at the Center for Healthy Living, the next facility will occupy an 8,000 square foot space over two floors at 2301 Everett St.

The clinic will be located at the non-profit social services headquarters CARITAS (Congregations Around Richmond Involved to Assure Shelter) near the intersection of Richmond Highway and Maury Street.

The clinic is expected to offer primary care, behavioral health and chronic disease management, among other services for children and adults. The facility will be a permanent outpost and home of Care-A-Van, Bon Secours’ mobile health program for the uninsured.

The clinic is expected to open in early 2023. Bon Secours plans to spend $3 million to establish the clinic, according to a spokeswoman.

The clinic is well positioned to provide services to people who are already mobile health program patients, Bon Secours Richmond Executive Director of Community Health Becky Clay Christensen said at a ceremony Wednesday at the exterior of the future clinic which officially launched the project.

“When we decided to establish this clinic, and it took years of planning, we had a lot of considerations in mind. Our goal was to find a location that would be accessible to our current patient population. This location is within two miles of three of our busiest Care-A-Van sites, so people will be here,” she said. 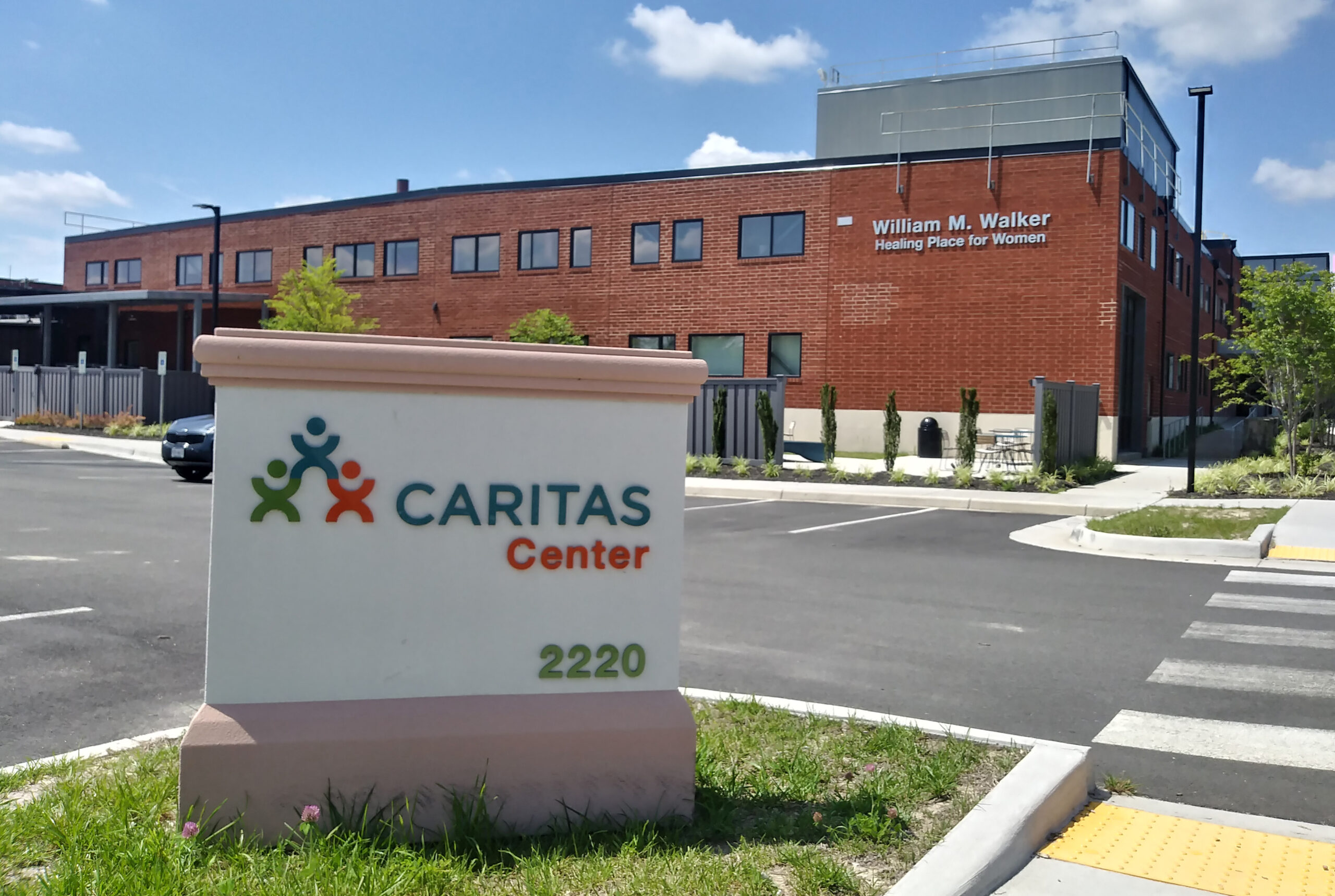 The new Bon Secours Clinic will be located at the headquarters of the social services association CARITAS, located near the intersection of Richmond Highway and Maury Street. (Photo by Jack Jacobs)

Up to 50 employees are expected to work at Clinique Bon Secours at any one time.

CARITAS President and CEO Karen Stanley said in an interview after the ceremony that having a complementary tenant at the nonprofit’s headquarters was part of the plan from the start. Although there were conversations with other healthcare providers, CARITAS ultimately opted for its long-standing supporter, Bon Secours.

“We had 8,000 square feet that we had set aside for a tenant. We wanted someone to be our partner. From the beginning, I wanted health care, a kind of clinic. And so I reached out and it worked,” she said. “We spoke to VCU. We spoke to the Daily Planet. It just wasn’t the right time. It wasn’t that they didn’t want to do it.

Stanley said Bon Secours has donated more than $300,000 to support the nonprofit organization’s programming since 2006. Bon Secours leases its space to CARITAS.

CARITAS began operating from its 150,000 square foot headquarters at 2220 Stockton St., a former Philip Morris facility, in December 2020. Bon Secours will be the sole tenant of the headquarters, which houses CARITAS’ administrative offices. and five of its programs including its women’s emergency shelter, a 160-bed women’s residential recovery program and 47 sober apartments.

The new clinic will give Bon Secours a greater presence in the Manchester area, where it also operates a sports medicine and primary care clinic at 101 Cowardin Ave. Bon Secours has also recently extended its business development program to Manchester.

Cardinal Urgent Care opened at the King Shopping Center on South Main Street last week. KING – It should be noted, with all the recent debate and discussion about access to health care in Stokes County, that there is a new urgent care clinic that has been operational since this week. Cardinal Urgent Care is […]

Denali Therapeutics Inc. (NASDAQ: DNLI) recently informed its shareholders of the status of its ongoing clinical trials. The company began trials of using DNL593 (PTV-PGRN) to treat patients with frontotemporal dementia, which resulted from genetic alterations in the brain. Additionally, Denali platforms create various accomplishments that advance other remarkable developments in the therapeutic area of […]